Concerns about Poverty and Income Inequality Are Running High

Rachel Lawler, Lynette Ubois January 30, 2020
NEVER MISS AN UPDATE!
Sign up for our blog alerts to receive insights from PPIC by email.

Even as California’s economy is surging—with unemployment at a historically low 3.9% last month—residents around the state are worried about poverty. About eight in ten adults say that poverty is a big problem (49%) or somewhat of a problem (33%) in their part of California. Likely voters hold similar views (47% big, 35% somewhat). This concern is high across every region of the state. 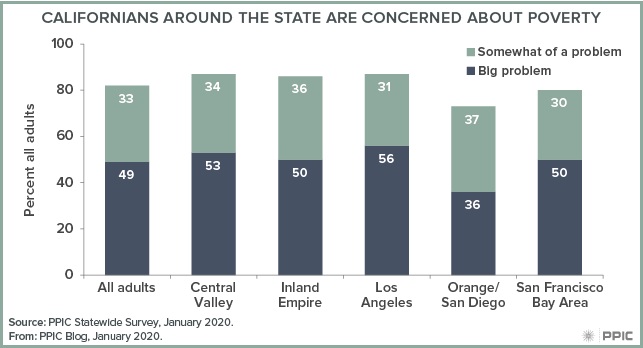 Income inequality has grown substantially across the nation, and it is particularly notable in California. About two in three adults (63%) and seven in ten likely voters (68%) think the gap between rich and poor is getting larger in their part of California. Across regions, nearly half to three-quarters of residents hold this view. 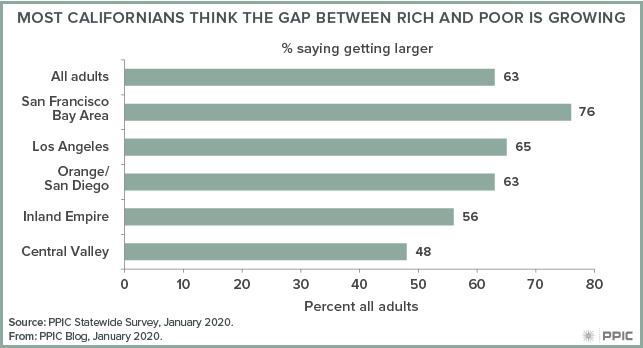